Why is PEX Plumbing Bad for Homes in Port St. Lucie

Written by I Need The Plumber 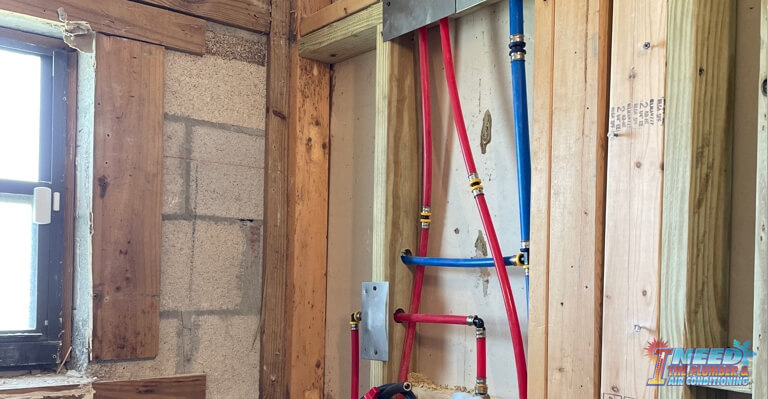 When PEX tubing hit U.S. markets in the late eighties, it was heralded as a plumbing revolution. Discovered in the sixties by a German scientist, PEX is a shortened version of cross-linked polyethylene. The PEX tubing home plumbing revolution started in Europe and then made its way to the U.S. as a radiant heating tubing to put inside concrete floors. While radiant heat tubing like PEX works great when embedded in concrete, PEX tubing has limitations homeowners should understand before doing any retrofit or remodels.

Myth: PEX Tubing is not reliable.
Fact: PEX has been extensively used in Europe and USA, giving it a 50 year track record of strong performance and reliability. Rapid growth of PEX installations in the US over the past 2 decades serves as an indicator that the product is becoming widely accepted by home owners and contractors alike.

Plumbers often get calls about leaking pipes. Unfortunately, sometimes the leaks are hidden inside walls and can be heard but not seen. In these cases, a homeowner wants the leak fixed quickly so the family can return to normal. If the plumbing is traditional copper, it could take a while to find the leak. Sometimes plumbers will even need to break into a wall to fix the leak. A well-designed and planned water supply and drainage system could be harmed by PEX tubing if used incorrectly.

Flexibility, cost, and versatility make PEX pipe an attractive choice for builders who need to finish work and move on to the next service call. PEX snakes through walls because it’s flexible and supple, eliminating any need to replace drywall after the fix. PEX is about 60% cheaper than traditional copper tubing and can be used in most indoor situations.

It’s All About the Manifold

If you’ve seen big coils of blue and red tubing at a construction site, it’s probably PEX. Red is for hot water, and blue is for cold. Two other colors (white and gray) are neutral. This universal color scheme makes it simpler to use when used with a plumbing manifold. This manifold is the key to using PEX plumbing to its best advantage.

Radiant floor heating is one of the most efficient heat producers because it lets heat radiate up and out from the floor. Radiant heat systems use manifolds to manage the heat source – usually hot water – from one central location. Consequently, the same manifold can be used to manage the water supply coming into a home, which can vastly improve water conservation.

PEX plumbing doesn’t need a manifold, but using one could significantly drop the cost of water coming into a home. Using a manifold, each plumbing fixture has its own water supply lines. One PEX pipe is hot (red), and one is cold (blue). Back at the manifold, each fixture can be turned off so that fixing one pipe or leak doesn’t require shutting off the main water supply.

When Not to Use PEX

PEX-based water supply manifolds and plumbing systems are great for new construction when everything is newly built or installed. However, its viability as a practical home plumbing fixing and retrofitting material is questionable.

American water and chlorine– When PEX first came out, American homes could not use it because most American water municipal water supplies contain chlorine. This substance breaks down the inside lining, which causes leaks. Today’s PEX plumbing uses an additive that slows the breakdown but can still leak if not properly installed.

Truth is PEX plumbing is used by I Need The Plumber and is an excellent solution to homes in the St. Lucie County, FL area as the water is not harsh and the PEX is not exposed to the outdoor elements.

Rodents tend to love PEX, not so much in the south, but mainly in North America where they are looking for warmth  – some homeowners discovered leaks after using PEX. It turns out the rodents love biting through the PEX plastic. Of course, rodents would never bite into radiant floor heating PEX because it’s in concrete. Thus, it stands to reason that using PEX in places with rodent problems might be an issue.

Keep PEX away from all environmental influences – Those who used PEX tubing when it first came out discovered it doesn’t do good when exposed to sunlight and cold when used outside. In fact, connecting a PEX pipe to the water supply underground needs special insulation to keep the PEX away from the environment.

Myth: PEX Tubing is not reliable.
Fact: PEX has been extensively used in Europe and USA, giving it a 50 year track record of strong performance and reliability. Rapid growth of PEX installations in the US over the past 2 decades serves as an indicator that the product is becoming widely accepted by home owners and contractors alike. 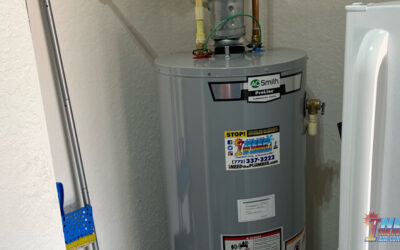 Like most homeowners in Port St. Lucie, FL, you have a hot water heater. And you're probably wondering what it is, how it works, and how to keep it working. There are a lot of misconceptions about water heaters, one of which is...

END_OF_DOCUMENT_TOKEN_TO_BE_REPLACED 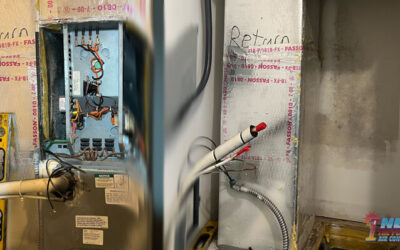 Is it Better to Repair or Replace AC Unit?

You might be wondering if you should fix or replace your AC unit. You've heard that repairing it might be more expensive in the long run, but you're contemplating if that's true for your specific case. Both options have their...

END_OF_DOCUMENT_TOKEN_TO_BE_REPLACED 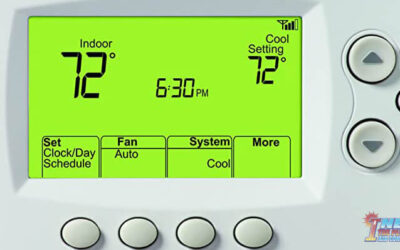 A well-functioning air conditioner is every home's lifeline during the hot and humid long summers in Port St. Lucie. So, when the cooling system won't turn on, most homeowners panic and misinterpret the problem as a major...